You are here: Home » Poker Blog » Do You Play Poker Drunk?

Sometimes in life we all need a bit of confidence to get us going and this can come in different ways. Some of us like to listen to a song that gets us pumped up or other folk will think about what they will do after they achieve success to make sure that they are in the right frame of mind to take on whatever challenge is thrown at them. For some people though, the quickest way to developing confidence is to have a quick drink and this can often give you a lot more confidence.

This is definitely something that many poker players will live by which makes you think just how good an idea this is. It may be that one or two drinks will loosen you up, helping you to make bolder decisions, which can often be the key to poker success. However, there is a very thin line between playing boldly and playing recklessly and it can be difficult to know exactly when to stop in this regard. It is even more difficult because on different days, there will be different limits for a person. One weekend you may be completely confident but still in control after three drinks but on another weekend, it may be that your second drink is the one that cause you to drop your inhibitions which can lead to bad decision making.

Keep a clear head for poker

If you think that this is something that just affects the millions of home poker players around the world, think again. One of the best UK poker players Sam Trickett has been going on about the exact same situation on his twitter account and it seems as though Sam has the same problems as many of us. You know what it is like on a Friday or Saturday night when you’ve had a couple of drinks and you’ve staggered home. 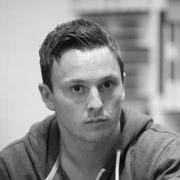 It can be all too easy to fire up your computer or laptop and play a few rounds of online poker. The next thing you know you have fallen asleep and when you wake you find that you have lost an awful lot of money by playing drunk! Sam admitted that he was going out for a few drinks at the weekend and he made sure that one of the last things he did before heading out the house was to cash out from his account to ensure he never lost the money had spent a lot of time building up.

This came on the back of a previous night out when the decision to play drunk backfired on Sam! We all have different tolerance levels to alcohol but when one of the best poker players in the UK at the moment is admitting that alcohol is not a good thing for his play, it should be something that plenty of other poker players should consider. The message of “don’t drink and drive” is an important one but perhaps “don’t drink and play poker” should be another message to live by too!